Taxachusetts no more? Earlier this week, Boston officially withdrew its bid to host the 2024 Olympics.  In a move that stunned the United States Olympic Committee (USOC), Boston Mayor Marty Walsh pulled an about face and refused to cooperate and sign guarantees that taxpayers would cover any potential cost overruns. Massachusetts Governor Charlie Baker had requested more information and a study before he would lend his support and, in the end, never did. 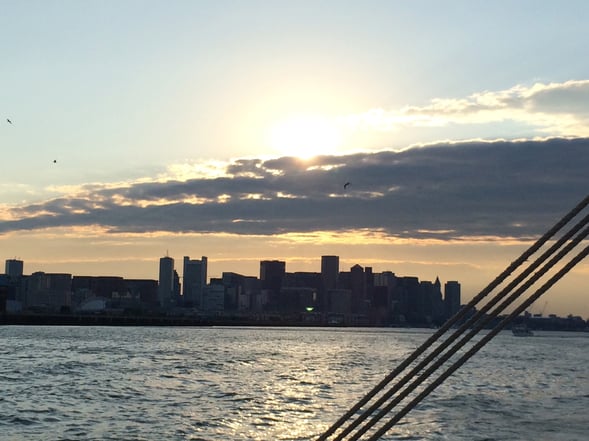 For these positions, the Boston pols have been awarded Gold Medals by opposition groups, which had grown and applied increasing pressure over the months since Boston was chosen to represent the USOC 2024 bid.  Promises of infrastructure improvements, new soccer stadiums and dorms for Boston colleges, were trumped by fears of cost overrun, abandoned facilities, and traffic nightmares.

As a company with headquarters in the Boston area, we have lived through the Big Dig – a major 15 year construction project which cost 190% of budget, took twice as many years to complete as estimated, and caused huge traffic problems.  And then came last winter.  Almost 10 feet of snow setting the all-time record and causing major outages and days where driving at all was banned.  Traffic at a standstill once again, this time caused by mother nature.

So there is a collective and heavy sigh of relief in Boston this week.  No new tax nightmare.  No worsening of traffic due to preventable causes.  No construction cost and time overruns.  For once, Boston politicians have come through.

But, then, without Boston 2024, what will we do without a Velodrome?